Torrance, CA – September 5, 2012 – (RealEstateRama) — C.W. Driver, a premier builder serving the Western United States since 1919, has hired Steven Nelson as vice president of estimating in the firm’s Pasadena office. In his role, Nelson will act as a trusted advisor for the firm’s long list of clients and will be responsible for providing estimates on the firm’s preconstruction services and proposals, as the company continues to grow. A 30-year industry veteran, Nelson’s extensive experience will be a crucial component to the firms various practice areas including commercial and industrial projects, healthcare, retail and education.

“Steve is a highly-skilled and detailed-oriented individual,” said John Janacek, C.W. Driver’s senior vice president of preconstruction services and estimating. “He is relationship focused and firmly believes that his role as the trusted advisor earns him the respect of building owners, designers and trade partners alike. He has a unique skill of understanding local building codes as it relates to building systems and components. This skill allows him to be highly effective when discussing the most cost effective way to build a project to insure the best value for the owner. He will be a great complement to our growing team of experts.”

Prior to joining C.W. Driver, Nelson served as senior vice president and chief estimator at Irvine-based Snyder Langston where he was responsible for overseeing the estimating on all major projects while also providing strategic corporate planning for the firm overall. Additionally, Nelson has provided preconstruction estimations for major projects such as the $150 million, 5-star hotel at the Resort at Pelican Hill in Newport Beach, Calif., the $100 million Manhattan Beach Studios and Sound Stages in Manhattan Beach, Calif., and phases one through three of the $150 million Irvine Spectrum Center, which included all the site work, retail, and restaurants such as the Dave & Buster’s in Irvine, Calif.

“C.W. Driver is a company known for its extensive resources and use of cutting-edge technology that helps us thrive in the construction industry,” said Nelson. “At a time when other companies are downsizing, C.W. Driver stands tall as an industry leader with proven results for its clients.”

A graduate of California State Polytechnic University, Pomona with a bachelor’s degree in civil engineering, Nelson is certified by the International Conference of Building Officials. 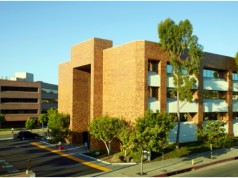