“Your predecessor in your position made a public commitment at a February 2014 Moving To Work Summit in support of extending for 10 years all MTW contracts for public housing authorities with rental assistance utilization rates of 90% or higher. Specifically, last March, she wrote the Housing Authority of the County of San Bernardino, and I’ll quote from here letter – ‘I am willing to extend your MTW agreement to your fiscal year ending in 2028, provided your HCV utilization level is at or above 90%.’ She continued in that letter, ‘An amendment to the MTW agreement is being drafted for those agencies that are already demonstrating a high utilization level, and will be provided as soon as possible,'” stated Rep. Royce.

“This amendment hasn’t materialized. In fact, rather than offering a contract extension last fall the Department began to push more restrictive provisions for existing MTW agencies. San Bernardino County has implemented a five-year term limit program for tenants which has increased family incomes and helped many find gainful employment. In fact, in April 2013 and September 2014 their MTW initiatives saw a 24.6% reduction of unemployed household heads and a 52.4% average income jump. The current uncertainty created by HUD threatens this success. Many of these five-year contracts now extend beyond the scheduled 2018 MTW expiration date. San Bernardino does not know whether they will keep their program flexibility past 2018 and whether they can fulfill current commitments to their tenant families,” he continued.

“Deputy Assistant Secretary, can you explain – particularly since HUD committed to doing this 16 months ago – why MTW agencies like San Bernardino’s have not been granted an extension, provided they are well run, their utilization rate exceeds 90%, and HUD is not disputing their funding formula?” questioned Rep. Royce.

“I do want to point out, as mentioned earlier by Representative Waters and Representative Velazquez, it is very important that as we continue to both extend or expand the Moving to Work demonstration, we need to ensure that there is strong language about monitoring and evaluation and that MTW agencies are serving families and expanding housing opportunities. The ongoing discussions that are happening with 39 agencies have enabled us to be able to identify four new things that are important in sharing the success of MTW. One is… updating administrative and legal requirements. The second is ensuring there is a strong evaluation component. The third is addressing funding inequities that effect a few of the agencies. And lastly, that there is strong language about how we’re going to ensure that families are being served,” answered Castro Ramirez.

“But when could we expect to see an amendment to the current MTW agreement? That’s the question for me because it does not make sense for HUD to let well-run agencies twist in the wind. My hope was that it could be resolved very expeditiously,” pressed Rep. Royce.

“Our hope is that it could also be achieved, Representative Royce. In fact, we have provided the draft contract language to all 39 agencies just in the last two weeks,” replied Castro Ramirez.

“So maybe in a couple of months? What do you think?” concluded Rep. Royce.

“We are hoping that that can be done. We’ve provided the contract language that includes these four principles that I’ve just outlined for you,” finished Castro Ramirez.

Click here or on the image below to watch the exchange: 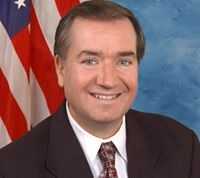