Robert Rivinius, CBIA’s President and CEO, said the continued depression in the state’s homebuilding industry will only improve if state and federal lawmakers quickly deal with the foreclosure situation and pass economic stimulus measures that have been proposed to jump-start the crucial economic sector.

“The November sales figures were 63 percent below November of last year, which was an extremely bad month for sales, and it’s looking like December wasn’t any better,” Rivinius said. “The state’s homebuilders again urge the Legislature and Congress to enact several measures that have been presented to them, including a temporary tax credit for buying a new home, in order to get homebuilding, and with it the overall economy, up and running again.”

The monthly CBIA/Hanley Wood Market Intelligence (HWMI) New Home Sales and Pricing Report showed that new home sales in November were 63 percent below November 2007, a similar year-over-year decline as was seen a month earlier. During November, just 1,336 new homes and condominiums were sold in the subdivisions tracked by Costa Mesa-based HWMI, compared to 3,592 in November 2007. Sales of single family homes were down by 62 percent, while sales of townhomes and “plexes” – duplexes, triplexes, etc. – were down 55 percent and sales of condominiums were off by 71 percent.

Compared with the same period last year, the median base price of homes sold dropped by 13.5 percent.

Non-seasonally adjusted total new-home sales were 8.6 percent lower than levels seen in October, which is not unusual as new-home sales trend downward in the closing months of the year. Median base prices of units sold statewide were 3.6 percent lower than in October, although with sales volumes fluctuating so widely, the trend line representing the median price of homes sold can be extremely volatile on a month-to-month basis.

Jonathan Dienhart, Director of Published Research for HWMI, noted the culmination of the credit crisis along with the normal seasonal slowdown in home sales at the end of the year contributed to the poor sales statistics.

“The frozen credit markets from October meant there was little hope for November figures to be any better,” Dienhart said. “Combined with poor consumer confidence ratings and normal seasonality trends, we should not expect the situation to be any better next month for the December figures.”

Rivinius said homebuilders are proposing a number of steps to help the industry quickly rebound, including:

Rivinius noted that a similar package passed by Congress in 1974 helped the industry quickly rebound from a similar recession.

You can learn more about the need for state action here and about the federal Fix Housing First initiative here.

Hanley Wood Market Intelligence is the housing industry’s leading provider of rich data and consulting services on residential real estate development and new-home construction and is a division of Hanley Wood, LLC, the premier media company serving housing and construction. More information is available on the company’s Web site, www.hanleywood.com/hwmi or by calling 1-800-639-3777.

Hanley Wood Market Intelligence (HWMI) collects data from new for-sale production subdivisions of 10 units or more on a monthly basis. HWMI Net Sales represent sales contracts signed during the period indicated minus any reported cancellations. Median and Average Prices are based upon the minimum asking price of the plans sold during the period and do not include the cost of any lot/view premiums or upgrades. Because this data is collected monthly and based upon sales contracts that represent future closings, HWMI data is the most forward-looking data source available for new home information in the state of California. 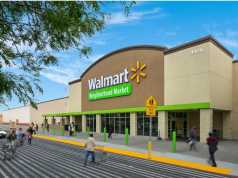