“California’s Central Valley is on track to have its wettest water year on record, and obviously an initial 100 percent water allocation from the Central Valley Project for Friant, Eastside, and American River contractors is good news. However, with the announcement of today’s water allocations, I share in both the relief and the frustration of many farmers and Central Valley residents.

“Had water infrastructure projects, like Temperance Flat Dam and Sites Reservoir, been built prior to this record rainfall, then more water would be stored for years with less precipitation and snowfall, to be made available to respond to future human and ecosystem needs. Congress and the Administration must work together on a bipartisan basis to make desperately needed investments in California’s water infrastructure, so that years from now, God willing, when there is another record breaking wet year, there will be the storage capacity to capture water from the rain and snow.

“Furthermore, the fact that the U.S. Bureau of Reclamation has not announced a water allocation for the Westside, which includes the San Luis Unit, and isn’t expected to do so until late March, despite abundant rainfall and snow in the mountains, is another clear indication that California’s water system is broken. After five years of record breaking drought, California finally has water, but yet again farmers on the Westside do not know what their water allocation will be, threatening their ability to plant annual crops. As we enter the month of March, farmers are meeting with their bankers to obtain loans and determining how much of their diverse and nutritious crops will be planted based upon this year’s water allocation. Decisions have to be made; now is the planting season.” 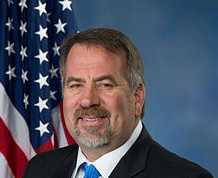